Madison to Lexington and back

The argument for doing today’s ride was that there can’t be many opportunities remaining for our Sunday morning Lexington Loop. So we wanted to bag at least one more full lap. This required an early (5:30) start, which in turn required headlights for the first hour or so. Actually, we left our lights on all the way to Lexington, although it wasn’t truly necessary for the last several miles.

I started from Lytle Park. David Stucker met me on Hanover Hill. We were both feeling the effects of seventy-six fairly hard miles yesterday. For me, the day after a demanding ride brings mixed results. I’m okay on the flats, but have little reserve on the climbs. That was the case this morning. David appeared to be in good form, but he said his legs were a bit wooden. Still, we were sitting in Leroy’s eating by 6:45, despite a sluggish average while navigating by lights.

We were also slowed by rough conditions on State Road 356. They’ve planed it, but have not yet repaved it. This is another instance where our Department of Transportation leaves us scratching our heads. Like State Road 250, which was recently chip sealed, SR 356 seemed to be in fine shape before work was begun. As dire reports of our State’s dismal finances continue to pour out of Indy, we’re not sure where the funding comes from to fix roads that don’t need it. One of our BRATs is a State employee, and he reports that the State will no longer reimburse employees in his department for the work-related mileage they drive. The bad news for employees: no reimbursement. The good news: the roads they’re driving sure are smooth! Fortunately for us, our route was only on the rough stuff for a couple of miles.

After a brief layover at Leroy’s, we were back in the saddle. Having watched the progress of the general store in New Washington, we’re happy to report that they’re back in business. You may recall that the store burned out some time ago when a refrigeration unit caught fire.

David had household chores to tend to, so he peeled off as we passed by his subdivision in Hanover. No more than a half-mile later I encountered Dennis Munier riding the other direction. Dennis and I stopped and talked for a few minutes, after which he joined me for my return into downtown Madison. We went to the station formerly known as Kocolene. I got an Indianapolis Star (my bicycling column was in the Sports section) and Dennis got a snack. From there, I rode home and Dennis set off for Dugan Hollow on his way back to his house.

I suppose we’ll get one or two more Lexington Loops in this year, but maybe not. If this was the last one, it was a great way to end the ride. 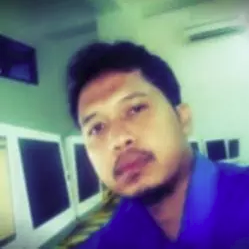